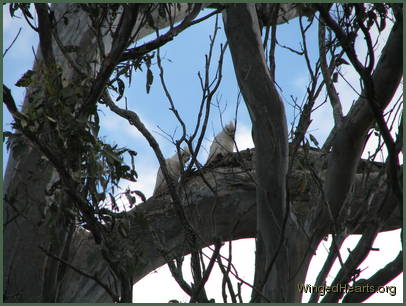 A pair of Corellas have moved into our neighbourhood. Returning from a trip to Vicky's nest one day, we heard a strange sound calling us from behind.  At first we couldn't see who was calling us and started to walk back. But we were called again and again until we found the callers. A pair of light coloured birds were calling out to us from a big branch of one of the gum trees. They were high up in the tree and we couldn't see the birds properly.  We took a few photographs and the birds were quite happy for the camera to be aimed at them. This is traditionally galah, lorikeet, rosella and kookaburra territory (along with magpies, currawongs, crows, peewees and butcherbirds). The galahs had already called out to us and shown us their nests on the same tree. The scaly lorikeets had shown us their new bubs and the rainbow lorikeets had greeted us from the gum nuts in the clumps on top. We had never seen these birds before in the vicinity. After taking some shots, we thanked birds and started to  prepare for our return by putting the camera away. No sooner did we say thank you, lower the camera and put the lens cap on, the birds who had been gazing at us all along, turned the other way and prepared to fly off. It seemed as if they had noticed our conversations with the other birds, and didn't want to lose the opportunity to introduce themselves.  Having made contact, they, too, could get on with their day's activities. Inspecting the photos at home, we saw a pair of Corellas. How sweet of them to want to talk, seeing this was their first encounter with us.

A week or so later, they saw me outside with the binoculars and called out again.  Hearing their ruccous, I grabbed the camera and got some more shots. The corella pair seem to have moved in to the territory and are now sharing the big gums with their many cousins.  The branch looks rather different.  The pair seem to have worked through the bark, opening it and widening the space for their nest.  The female bird has her head in and out the nesting hole as she prepares it for her clutch.  Looks like our new neighbours are as friendly as beautiful, as can be seen in the slideshow below.

(click on the 'next' button to forward through the slides).
Previous Slide 1/11 Next 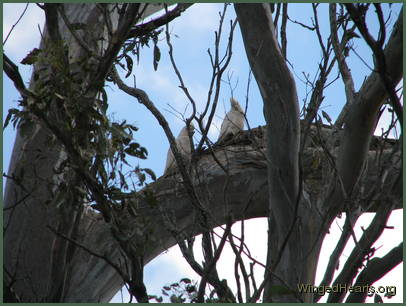 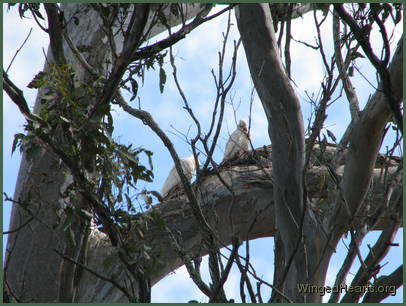 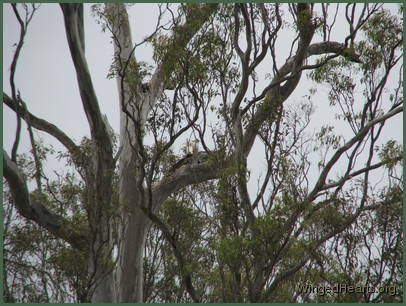 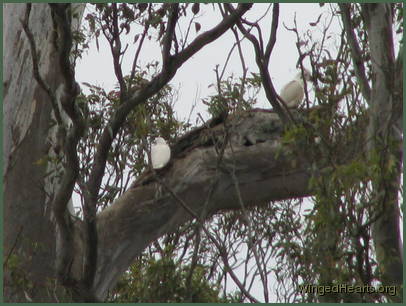 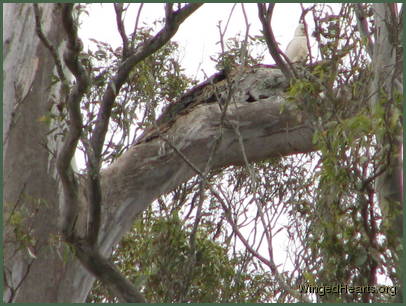 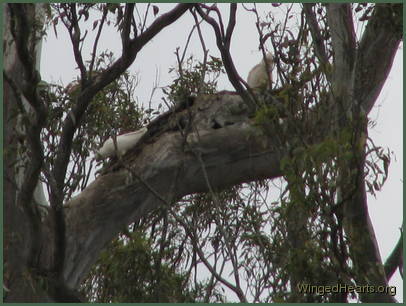 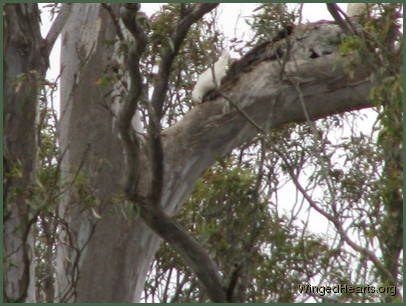 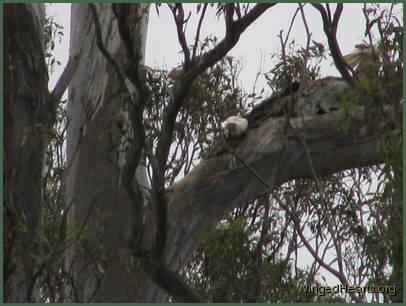 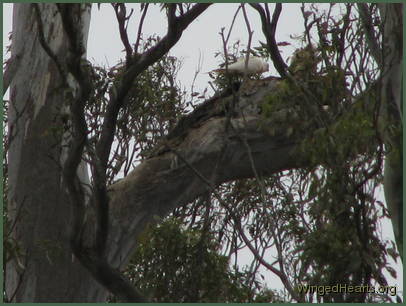 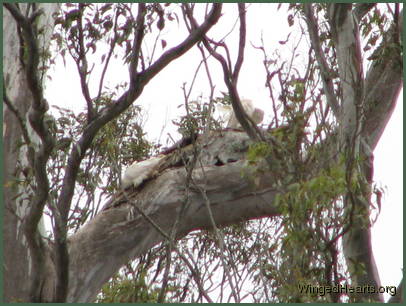 Stay tuned by subscribing to the Wild Bird Talking Newlsetter and the WingedHearts Blog.